The second in Church's Inspector O series. Although it's not a plot spoiler, very far along in this book I've found a key passage that I think explains Inspector O and Church's own stance on the fate of the people of North Korea. You can wait and read it in the book or read it here. It's not something it will hurt to read twice: 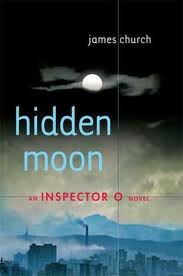 "This isn't about you, Inspector, it's about something bigger. The future of your country. Your people's future."

"You have no idea what you're talking about, do you? You're just reciting some crap they told you at a briefing. My country's future?  Forgive me... I don't know anything that flourishes when it's watered with blood. Let's not float away on visions of the future. Your man, whoever he is and whatever he's done, is not my problem. Am I clear? If you have a bone to pick with him, take care of it yourself, on your own turf. What happens here is not yours to worry about. It's for us, it's our business, our future, our fate."

"Surely you don't believe that." 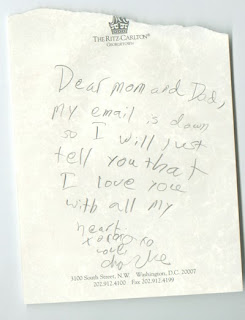 Not quite done enough with anything to write it up, but in the meantime, how about  this cool site about things found in library books?
Posted by seana graham at 6:36 PM 2 comments: 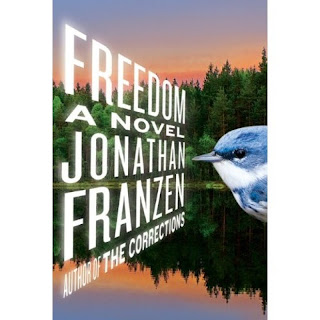 There once was a nice guy named Walter
Who got a sweet girl to the altar.
When she fell for his friend
He went right round the bend,
In the end, though, Walt's love did not falter.
Posted by seana graham at 7:03 PM No comments: 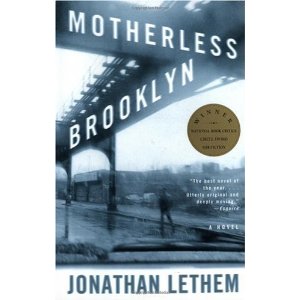 I've been told to read Motherless Brooklyn for awhile now. I'd read a couple of Lethem's books before--first Girl in Landscape, which is a literary scifi novel about a girl who's family moves to another planet and finds itself living alongside an alien life form, and Fortress of Solitude, an almost mainstream novel about growing up very near the color line in Brooklyn, with the added benefit of superhero powers.
Both were enjoyable, but this is my favorite Lethem so far. Lionel Essrog (and by the end of this book, you'll have a hard time forgetting this name too) is an orphan who grows up under the somewhat indifferent auspices of the St. Vincent Home for Boys. He's got a bigger problem than being an orphan, though. He's got Tourette's Syndrome and not a mild case.

As the story opens, he and another St. Vincent "graduate" are involved in a stakeout, in which they have their boss, Frank Minna wired. Minna has been the father they and the two other "Minna Men" never had, and if he isn't the ideal father figure, it's not like any of them have ever had any better options. Frank is a small time gangster and things do not go so well for him. This leads Lionel on a quest to find out what happened to him, which involves him with a Zendo and a fabulous Park Avenue apartment building, of whom someone tells Lionel, "These people are so rich, their other home is an island."

Lionel, despite or maybe because of his Tourettic mind, does eventually piece it all together. He does, after all, work in a detective agency/taxi company, even if the standard answer to the request for cabs is "No cars."

Lethem, as is his wont, is paying homage to a genre convention here, in this case the classic detective novel, with, if the text is any evidence, particular honors paid to Ross MacDonald. If my book group is any indication, the detective aspect maybe is wrapped up a trace abruptly. As a reader of the genre, though, I have often found that the wrapping up doesn't live up to the build up and you kind of have to live with that.

What's fascinating about the book, of course, is the character of Lionel. His first person account of what it's like to live with a Tourettic brain wins us over completely. It's a brilliant stroke to talk about his situation constantly, but always in the shadow of having to solve a "normal", if  not perhaps everyday problem. We empathize into this situation rather than sympathizing from a condescending distance. He's just a guy who's trying to figure out the hand he's been dealt, which happens to include a few, uh, tics.

I don't know if Lethem has succeeded in mimicking Tourettic speech or not. I assume that it was at least his attempt. The book is filled with a nonsensical-yet intriguing "word salad". I really don't know how he wrote it, but it's good. In fact, it reminds me a bit of Joyce. As maybe one or two readers here know, I am involved in a Finnegans Wake group, and at times, I saw a strong resemblance between Joyce's wordplay and Lethem's. Was Joyce Tourettic? I doubt it. Would he feel a strong sense of recognition if he came across someone with the syndrome? I don't know, but I'd like to think he would.
Posted by seana graham at 10:53 PM No comments: