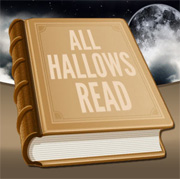 Happy Halloween, everyone. The night is young in California, but it's probably not so young where you are. Anyway, even though it's a little late, I thought I'd mention Neil Gaiman's new tradition of giving a book for Halloween. A younger, more savvy friend and coworker told  me about it. It's called All Hallow's Read. She was getting a bunch of used horror books for all her pals, and I thought I'd reward her generosity by doing the same for her, but was a bit stumped on what she wouldn't know about already. Then it hit me. One I was certain she wouldn't have read was Carpathian Shadows, vol. 2. Why? Because most of the copies extant in Santa Cruz were sitting under my desk at work. There are frankly not that many moments where I think of this volume and conclude it is the perfect gift, but this is one of them.

About ten to twelve of us participated in the joint venture of writing a haunted (or is it?) castle anthology and my story appeared in this second volume. That's why I have a few copies on hand. I like my story pretty well, though it's more comic than scary, and there are definitely a few that are scarier.

If you're interested, you can get the ebook HERE, and although my status of working in an Indie bookstore prevents me from naming the place you can get it as an actual book, which is the only way you could really give it away, it's named after a great river and it's not the Mississippi either.
Posted by seana graham at 8:24 PM No comments:

Award nominees and a miscellany of other news

As I'm reading several things at the moment and getting to the end of none of them soon, I thought it might be fun to mention a few exciting things in the book world.

First, two authors I think are terrific, Declan Burke and Alan Glynn, are on the shortlist for the Irish Book Awards, which you can vote on HERE. I haven't gotten to Bloodland yet, but I've read two other books by Glynn and  so I'm certain he is worthy of consideration. Burke's Absolute Zero Cool, which I have read, is super. And this says nothing at all about the other nominees. Why not check out the site and at least make a list for your TBR pile?

A flukey surprise of going to the site is that I discovered Anna Carey who was once a part of a reading forum I participate in, is up for another Irish Book Award in the children's category for The Real Rebecca. I have bought it since finding out, but haven't got a chance to read it, but knowing her through the virtual world as I did, I am sure this book deserves to be on the list.

Two more books from Irish or more specifically Northern Irish writers are not up for awards yet, but that's because they are barely or not even out yet. Gerard Brennan's The Point is getting heaps of praise before it's even hit the streets and I am super excited that it is probably being lofted my way even now. And you too can now order it from Book Depository now.

And the one I have read, although in not quite final form, is Adrian McKinty's The Cold, Cold Ground.
I loved this book, even unfinished. It's not going to be out till January, but you owe it to yourself to preorder it here and now. You know how January is. The holidays are over and the resolutions fade fast and you have nothing much to look forward till at least spring. Treat yourself to this now, and you will have a very pleasant surprise waiting for you just when you think there is nothing much left to live for. 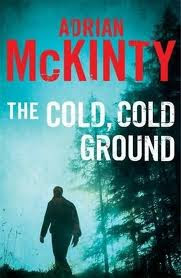 All the Dead Voices, by Declan Hughes 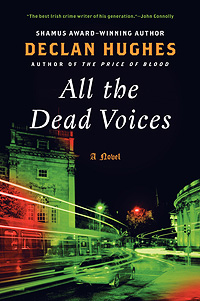 I finished this fourth book in the Ed Loy series a couple of days ago and as usual with Hughes' work, I enjoyed it a lot. I'm not going to say too much about the plot here, as really you should start at the beginning of Loy's story with The Wrong Kind of Blood. The series starts with Loy returning to Ireland after twenty years away, ostensibly to bury his mother. But his American Dream is in tatters too, and he's not going back right away--as I guess you can tell from the fact that this current work is set in Ireland too and he hasn't been back to the States in between.

I like the homage that Hughes pays the late Ross MacDonald's work in the Loy series. Ireland has a lot of family secrets to dig up and apparently no tradition of P.I.s with shovels until the advent of Loy. This fourth novel is a bit outside the usual pattern, although there's no need to panic--a ruined family or two lies at the heart of the tale. But All the Dead Voices takes on the consequences of the Troubles and there's more mention of paramilitary organizations than we're used to dealing with in Hughes' works. Actually, a good companion novel from north of the border would be Stuart Neville's recent Collusion.

Personally, I missed seeing more of Loy's old friend Tommy Owens in this book, as he always provides a bit of comic relief, albeit usually of a criminal kind. He's there, though, for a few crucial plot points. And that'll have to do.
Posted by seana graham at 10:53 AM 17 comments: 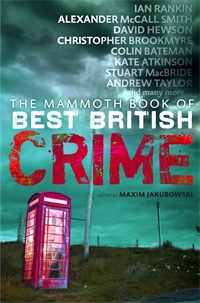 After quite some time, I'm finally finished with this anthology. This is not because it was a drag--quite the contrary. It's just that they don't call it 'mammoth' for nothing. And I don't really like to race through a short story collection.

I haven't been much of a mystery anthology reader in the past, nor had I really gotten all that tuned into mystery short stories. I'm not sure why, they just seemed abrupt in relation to the novels I usually read. But several people I know to one degree or another through the blogosphere actually had stories in this one, and I was more than eager to grab a copy. I am awfully glad I did.  In addition to the fine work of my virtual pals and acquaintances, Gerard Brennan, Paul D. Brazill, Declan Burke, Nigel Bird, and Jay Stringer, you've got bestseller types like Ian Rankin and Kate Atkinson, and many people who've work I know of but hadn't yet gotten a chance to read, like  David Hewson and Stephen Booth and and Christopher Brookmyre. And then known favorites like Colin Bateman and Simon Brett.

The scope of the book is vast--from cozy to seriously twisted (I'm looking at you, Mr. Brennan) and ranges from the historical to the contemporarily topical. One of my favorites of the book is the strange and initially disorienting 'As God Made Us', by A. L. Kennedy. Seriously, though, there isn't a rotten apple in the barrel.

One thing I did miss in this collection was any sort of contributor notes. The book does cite where the story was originally published and of course there's always the internet, but  after you read a story you like it's always nice to be able to look in back and find out a little bit more about who they are.

It's a quibble though. Pick up a copy of this fine volume and enjoy it at your leisure. You'll find great storytelling and a whole list of authors you want to read more of.
Posted by seana graham at 11:39 AM 7 comments: 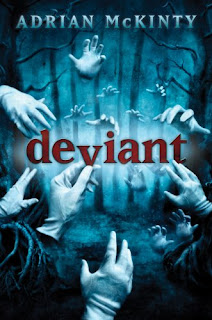 Although I did a review of this book already over on  Goodreads, I thought I'd delay writing one here till closer to the true publication date, which is upon us. I had a pleasurable afternoon reading it before I was set to go on a trip this summer, but have been aware that there's been a bit of resistance to it, which I thought I might address here, even while knowing that this review is unlikely to be read by anyone from its true audience, which I think is probably the middle school age range. It is really perfectly suited to the type of kid who enjoys Anthony Horowitz's Alex Rider series, which I somehow got involved in on the recommendation of my nephew, and which I've also enjoyed quite a lot. As with Horowitz, I enjoy the range and subtlety of McKinty's efforts for an adult audience more, but that's because, well, I'm an adult.

We have a prologue style opening in Deviant, which I'll get to in a  minute, but once we get to the real protagonists story, Danny Lopez's path reminds me a bit of Jamie O'Neill's in McKinty's previous trilogy, The Lighthouse Books. Both boys leave a big but familiar city for a smaller more isolated place. Danny doesn't find an entry point to another planet, of course, but the world he encounters in the high Rockies of Colorado is a pretty weird one all the same. The school he'll be attending has a lot of very strange rules--though the kids, being kids, soon find ways of circumventing them.

Having been moved around a few times as a kid, I liked the depiction of how Danny has to figure out who his real friends are going to be. It looks easy at first, but isn't necessarily in the long run.

The stakes are a little higher for Danny than just fitting in, though. There's a cat killer on the loose in Cobalt, and along with his skateboard, Sunflower, Danny's cat Jeffrey is one of the few things Danny cares about. Uh oh.

The opening of this book starts in the mind of the cat killer, and I suspect that may be off-putting to some readers. Even I, who have enjoyed all of McKinty's books, wasn't sure I would be able to handle a book written completely in that voice. But have no fear, folks--that's just the set up. It's actually a pretty good little story within itself if you can get past your dread and read it.

A couple of questions did arise while I read the book, and while I'll do my best to make them non-spoilerish, I am going to put them  in the comments section, so you have been forewarned.
Posted by seana graham at 12:48 PM 1 comment: