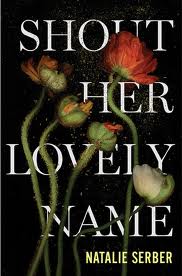 Every once in awhile I see the complaint that writers and readers are now all part of one big mutual admiration society. Here's an example. For all I know this is true, although I certainly don't think you can blame the authors for any publicity schemes they might come up with, as, much more often than not, they are left high and dry by their publishers' marketing departments, who tend to be focussed, like everyone else in the publishing game, on the big fish and the big score.

Every once in awhile though, the opposite effect happens. You happen to know the author when they are still a struggling unpublished writer. Maybe they're your next door neighbor, or someone you work with or someone's spouse. You admire the gumption maybe, but you don't think it's going to take them very far. Or maybe that's just me, because I've worked in the book biz for a long time, and  I know a little bit about the odds.

I know a fair number of writers now, but so far only a couple have I known before their books came out. One was Laurie R. King, who chatted to me at my housemates' backyard barbecue about a mystery she was working on. I was polite and sympathetic, but I didn't think it would amount to much. That was before Grave Talent won the Edgar for Best First Novel in 1994, and much before her acclaimed Sherlock Holmes/Mary Russell series took off like gangbusters. So much for my predictive powers.

I should have known better, then, when Natalie Serber's stories began appearing around town. I believe she actually won first place in a short story contest that the bookstore I work in started hosting while she still lived here.I know Natalie a little, mainly because she is a close friend of one of my long time friends. We very briefly shared a book group. So  I must stress that I never thought she wasn't any good--I think I just thought her semi-autobiographical stories would hold more local interest than national.

Well, I sure don't mind admitting I was wrong. Shout Her Lovely Name is a terrific collection. I'd place it right up there with another favorite, Melissa Bank's The Girl's Guide to Hunting and Fishing, which also exploits what I assume is autobiographical content to lovely effect. Natalie's collection mainly tracks the ups and downs of Ruby and her daughter Nora, but there are a few unrelated stories thrown in as well. Although I suppose these are a bit disruptive to our more pure involvement with this picaresque pair, I sure wouldn't sacrifice the powerful title story for the sake of purity. The collection is held together by a more universal vision of the lives of mothers and daughters, and the  incidental vagaries of men.

All these stories but particularly the second person Ruby/Nora stories are beautifully observed, with a writerly eye for the telling detail. Although there is a clear gap between the generations, there is none of the" revenge on the parents!" feeling that plagues many writers' stories when they are first granted permission to unleash them. Ruby isn't perfect, but neither is Nora. Neither is anybody else.

I really enjoyed this collection and very much look forward to seeing what Natalie Serber, writer-at-large, will do next.
Posted by seana graham at 8:44 PM No comments: