It's 1963, and Ireland is gearing up for a visit from JFK. Of course, it doesn't want any dirty laundry to be aired during his visit. But there's one little problem. Someone has been killing German immigrants on Ireland's own doorstep.


Ireland sat out WWII. For that matter, so did the U.S. for a long time. Ireland's reasons were more personal and closer to home. Given recent history between the countries, it didn't want to get involved in any cause that England espoused. Nevertheless, many young Irishmen crossed the border into Northern Ireland and enlisted anyway. In Stuart Neville's novel, Lieutenant Albert Ryan is one such case. Even years later, he returns to his parents' home by night, afraid of bringing down the wrath of his countrymen on them. He doesn't always succeed in protecting them.


After the war, many affiliated in one way or another with the Nazis ended up in Ireland for a short or a long spell as a consequence of that country's decision in favor of neutrality. So the elaborate twisting tale that Neville sets up here is, while fiction, based more on reality than we might like to think. In the book,Ryan, who after the war has found it difficult to return to civilian life, ends up working for the Irish Directorate of Intelligence. In this capacity, he is ordered to protect one of the most famous of the Nazi sympathizers, Otto Skorzeny, a friend of Hitler, and reputed rescuer of Mussolini. Although reluctant to do so, he meets his match in Charles Haughey, another real life character who at that time was Minister of Justice but went on to become the country's controversial Prime Minister. As Neville himself has said, the question with these two outsize real life characters was how to tone them down enough to be believable. Why the powers that be are interested in protecting Skorzeny in this story is a good one, but I'll leave you to discover it in the book itself.


Ratlines is in some ways a traditional thriller with Ryan portrayed as a hardened and somewhat hollowed-out man. In this aspect, the book will appeal to Jack Reacher or Harry Bosch fans. But apart from the fascinating historical moment that Neville sets it in, I like the book best for its homelier moments, where you get glimpses of Dublin in an era where proper girls meet their landlady's curfew, and even our hero can be made to feel bad about wearing a suit that doesn't come from the right tailor. Neville has said that the Dublin he describes relies in part on the accounts of people who were alive in that era, and I hope he'll take full advantage of these resources for future books while they are still around to bear witness.
Posted by seana graham at 6:52 PM 2 comments:

Sleep With Strangers, by Dolores Hitchens 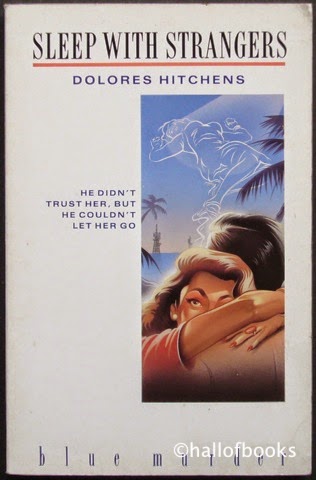 I first got on to this book a couple of months ago when reading about it on Peter Rozovsky's blog, Detectives Without Borders. Peter was reading it in preparation for a panel he was doing at Bouchercon this year called "Beyond Chandler, Hammett and Spillane: Lesser Known Writers of the Pulp and Paperback Eras". Although I was planning on and indeed did attend this (excellent) panel, I was intrigued by this particular book from the get go because of its Long Beach setting. This was not only because of the fact that this year's Bouchercon took place there, but because I have been particularly interested in Long Beach since realizing that our family has had a connection to the area because of a small oil lease on Signal Hill my grandfather purchased in the twenties. Or at least that's when I suspect he purchased it, based on research I did on Signal Hill for another blog.


A lot of the action of this book does in fact take place on Signal Hill and I couldn't say it paints a very romantic picture, based on the description of thick black oil sumps, the stink of escaping vapors and the noisy oil pumps. Written in 1956, the book describes an era halfway between the twenties and our own. Amazingly, people still lived in small houses amidst all this noisy, dirty extraction. The story opens, though, with a young woman named KayWanderley staring out into the Long Beach rain from her family's mansion at something lying on the porch swing. She is waiting for the private detective Jim Sader to show up and help her find her missing mother. Sader's search leads not just to Signal Hill but to other parts of Long Beach as it was in that era, including an amusement park by the water where one of the characters runs a concession where, for 25 cents, you can "Give the Pigs a Slide". These are real pigs, whom the concessionaire keeps locked up in his house so that they won't fall into the oil sumps nearby.

The book is full of odd little things like that. Although Hitchens was prolific, and even wrote under various pseudonyms, by most accounts, the two Jim Sader books are the ones that stand out. I have only read the one, but it is very atmospheric and well written. It reminded me a bit of Dorothy Hughes work of  roughly the same time period.


I found it particularly interesting to contemplate this older Long Beach as I stayed for a few days in downtown Long Beach with its high end hotels, its little tourist shop area on the water, with the smoke stacks of the Queen Mary peeking out on the far side.


No pigs for a quarter there, I'm thinking.
Posted by seana graham at 12:37 PM No comments:

The Narrow Road to the Interior by Kimiko Hahn reviewed by Julie C. Graham at EIL 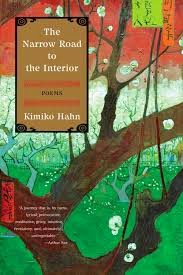 I don't know if anyone actually cares when the reviews here become less frequent, but for the record I went down to Bouchercon in Long Beach last week and though I've been back a few days haven't really caught up with blogging. So, since I'm nominally the book review editor at Escape Into Life, I like to use the downtime here to mention what's going on there. I just put a post up from Julie C. Graham on a book that is an amalgamation of forms called The Narrow Road to the Interior, and as it sounds rather interesting, I thought I'd put a link up right HERE.


More Bouchercon thoughts or at least Bouchercon related reviews to follow.
Posted by seana graham at 5:19 PM No comments: 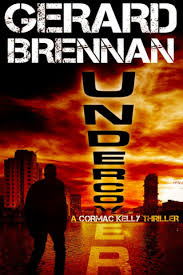 I'm not often in on the early part of a writer's career--I'm usually more in the last to know category. In the case of Gerard Brennan, it's certainly been interesting to watch the trajectory. I think the first piece of his I read was a twisty, not to mention twisted little tale of a rock musician whose life gets seriously gnarly called "Hard Rock". (You can find it in The Mammoth Book of Best British Crime Fiction Volume 8). I then went on to read the novel Wee Rockets and the follow up novella, Wee Danny, and another short novel called The Point. Although I suppose technically this isn't a chronological progression, still, all these tales have something to do with youth, and a fairly mean streets sort of youth at that.


So it's very interesting to see Brennan's vision rise out of his native Belfast haunts and look at a somewhat bigger picture. There are points in the story which literally soar above the landscape, and it's hard not see this as a metaphor for the author's expanded sense of scope as well.


But to get back to the story. Bifurcated from the start, it begins with a man in a ski mask, sitting watch on a father and son in a Belfast basement. It soon turns out that the man in the ski mask is not entirely what he seems. Meanwhile, in London, the wife and mother of the hostages is being forced to agree with the kidnappers' demands. What do they involve? Well, we're not entirely sure at the beginning, but we do know they must have a little to do with her top drawer client, the footballer Rory Cullen.


Speaking of whom. Every chapter begins with a little slice of Rory's autobiography, Cullen. I happen to be a big fan of epigraphs in novels and other forms of extraneously inserted information. And knowing nothing at all about European style football, at first glance I thought Brennan had used a real footballer's autobiography to add a different slant. But no, it's entirely fictional. And as such it gives Cullen, who is more football than footballer in the story itself, a curious extra dimension.


As is often the case with this particular corner of crime fiction I seem to find myself in these days, I wonder exactly how I came to the place where I am reading scene after scene of violent fighting. I don't mean I'm bored, but you know, I come more from the realm of Dorothy Sayers and P. D. James. My thoughts run along two lines when I encounter these. One is amusement at myself for following the carefully choreographed brutality, and another is a more detached sense that the readers of the world shouldn't all be like me. That is, female, middle-aged and probably unable to throw a decent punch. I used to be a bookseller, and I view books like Brennan's as a great gateway drug for young guys who only play video games and watch action movies. Who is writing actual books for them these days?


But for me, there are other rewards. As always, Brennan has an eye and an ear for what young boys are like. There's only one in this book, but his tough heart inside a kid's body was one of the most compelling aspects of this book for me. And on a comic level, I really enjoyed the ex-spook Stephen Black. Let's have more of him, please.
Posted by seana graham at 6:22 PM 4 comments:

In a slight departure for this blog, I'm going to mention a new literary website here on the California Coast. I had lunch with a few friends yesterday, among them the poet Matt Hill. He told me that he had some poems up at a new website called Local Nomad. It's the brain child of poet and artist Jean Vengua. Originating out of her blog, it's overriding theme has to do with the idea that "our lives may be localized to some extent, but our human nature and modernity (still) continues to change and move us—sometimes violently—in directions that we can only guess at from one moment to the next."  (A slightly longer formulation of this can be found on the Local Nomad website HERE.)


I'm not really trained to analyze poetry, and don't have a lot of native aptitude for discussing it. But I like Matt's poems, and so why not start with the first one, "When Space Dislikes You"? At any rate, all three can be found right HERE.
Posted by seana graham at 2:51 PM No comments: