"Good Morning, Giantess!" So the first chapter of this collection opens as the newly arrived Swiss citizen takes stock of his subject, the  great city of Berlin. We were recently reading this over on GoodReads--me, at least, at what I hope was an appropriately leisurely pace, for Walser strolls through the city--he never runs.

In an interview on BBC's Night Waves (it's about 30 minutes in) Susan Bernofsky, the translator of this collection, calls Walser the blogger of the early 20th century. I think there is something in that, although there is a humility in Walser, an ability to make his feuilletons about any number of small, easily missed things and not about himself, that is someitmes absent from the blogosphere. He often writes not of "I", but of "we", which is never a royal "we", but his way of including us more fully in the experience. Then again, his "I" often dissolves instead into a "you".

It is very kind of him to write so, because most of us will never on our own enjoy the pleasures and observations of urban living as he did. Read his piece "In the Electric Tram" if you'd like to learn more about how to get the most out of a simple ride on public transportation. Some modifications will have to be made, but it helps to know that Walser would have risen to that particular challenge.

Walser paints a very beautiful portrait, but all the same life was not easy for him, here in a foreign capital. His brother was a much sought after set designer, so Walser rode on his coattails a bit, and I think sometimes both brothers were thought of as a bit eccentric in Berlin society. He doesn't seem to have let it bother him much. Although he had a famous brother, he was not a famous person pretending to be humble and obscure, but actually obscure and struggling. I think it helps to know that he was able to write what are mostly incredibly joyful pieces despite this. 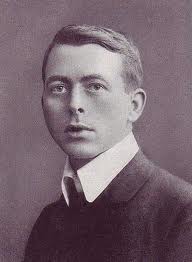 One of my favorite pieces, though, is an uncharacteristic one. It is later in the book, and Walser is no longer a recent arrival. It struck a chord with me when I read it--probably after a long day of retail-- and is called "Food for Thought":

How uncertain, how difficult people make one another's lives. How they belittle each other and are at pains to suspect and dishonor. How everything takes place merely for the sake of triumph. When they leave things undone, this occurs because of external exigencies, and when they err, it is never they who are at fault. Their fellow men always appear to them as obstacles, while their own person is always the highest and most noble of creatures...It's strange how quick people are to dismiss one another, to invoke a scornful tone, trifling with what is most noble, precious and meaningful. And how they never grow weary of finding fault, how it never occurs to them to hope there might be greatness, goodness and honesty on earth...

Purely by chance, I seem to have read three pieces on Berlin in the twentieth century recently, and though only one century, all are completely different periods in the life of that city. Having earlier read In the Garden of Beasts, the title of which refers to the famous Tiergarten of Berlin and is set in the time of the rise of the Nazis, I have since read The Spy Who Came in from the Cold, set in the period directly after the war when the Berlin Wall is being very firmly hammered into place. And now this lovely book which is made sad by the fact that it it set in the opening decades of that century, and we know all that will befall Berlin and Walser does not. Another sadness is that Walser's own life did not ultimately end well.

Here's a link to a lovely podcast of one of the stories, "Frau Wilke". The narrator, Sam Jones, keeps up blog called Wandering With Robert Walser , which is worth keeping track of if you fall for this stuff.

The Spy Who Came in From the Cold, by John le Carré 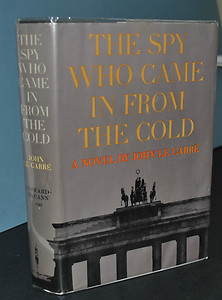 I have a funny relation to this book. I have known the ending (don't worry, I shall not reveal it here) since I was nine years old, when I saw the copy one of my parents had checked out from the library lying on the table. I imagine there was a bit of a buzz about it at the time, which was shortly after it came out, or maybe just the title intrigued me. In any case, I did something that was totally uncharacteristic for me, then or since--I opened to the back and read the end. I have no idea why I did that. Suffice to say that the decades have come and gone and I have never had the slightest urge to discover what led up to that ending. Until now.

Recently, for reasons that are again unknown to me, I have suddenly been interested in spies. Yes, I've been working on a very bad spy novel and part of it is just research to make it marginally better, but the interest actually proceeded the writing so it's not just that. I think it's probably truer that the spy story came out of this earlier interest than the reverse.

Of course we're all reading le Carré again these days, what with the Tinker, Tailor, Soldier, Spy movie out recently, but though I fully expected that would be the le Carré I would pick up next, this was the one that I finally did gravitate toward. Reversing the usual readerly expectations, it wasn't that I wanted to know the end--I wanted to know the beginning.

It's best to just take the story on cold, so I won't ruin it for you with a lot of details. Basically, the Iron Curtain is up in full force and as the story opens our protagonist, Alec Leamas, comes back from Berlin after things have gone badly wrong there. Leamas has been a spy for a long time. He's got some pension issues, and he isn't really ready to take a desk job, though in spy terms he is already a little past it. How he decides to use his last good years in the game is what the novel is all about.

There has been so much spy fiction in the intervening years that perhaps the plot won't seem particularly novel to you. But le Carré is an assured and interesting writer to read in any case. The only other novel of his I have read so far is A Murder of Quality, which comes right before this one, and though it features George Smiley, le Carre's most famous character, it is really more of a detective novel. Smiley has a cameo appearance or two in this one as well, but the book is Leamas's.

Reading the Wikipedia article (I advise against this, until you've read the book, but I will keep spoilers out here), I learned that the book made at least part of its impact by revising our notions of what the world of espionage was all about. The amorality, and the mirror imaging of the opposing sides was exposed. It's interesting that though in one way, this is a lesson we learned long ago, in another, it seems to be one we are doomed to learn over and over.
Posted by seana graham at 7:21 PM No comments: