Tristram Shandy up at EIL 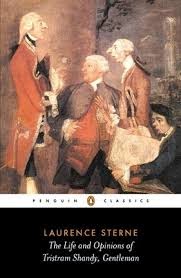 I have a new post up at Escape Into Life, which has to do with Laurence Sterne's The Life and Opinions of Tristram Shandy, Gentleman. It isn't a review so much as a sort of description of the experience of reading it. The links at the bottom are probably more useful than the post itself, as I think I probably didn't approach Sterne in the right way. I wasn't so glad to be reading the novel a lot of the time, but I am glad to have read it. I think I am most glad to have read it for it's part in the chain of literature--Sterne was influenced by the masters that had come before him, and in turn would influence many of those who would come after. "Masters" may be a more apt word than I am thinking, as I am not seeing much female influence or influence upon female writers either.

Here's a quiz from the Guardian that I forgot to put in the EIL links. And here's a picture of the famous mottled page 169. 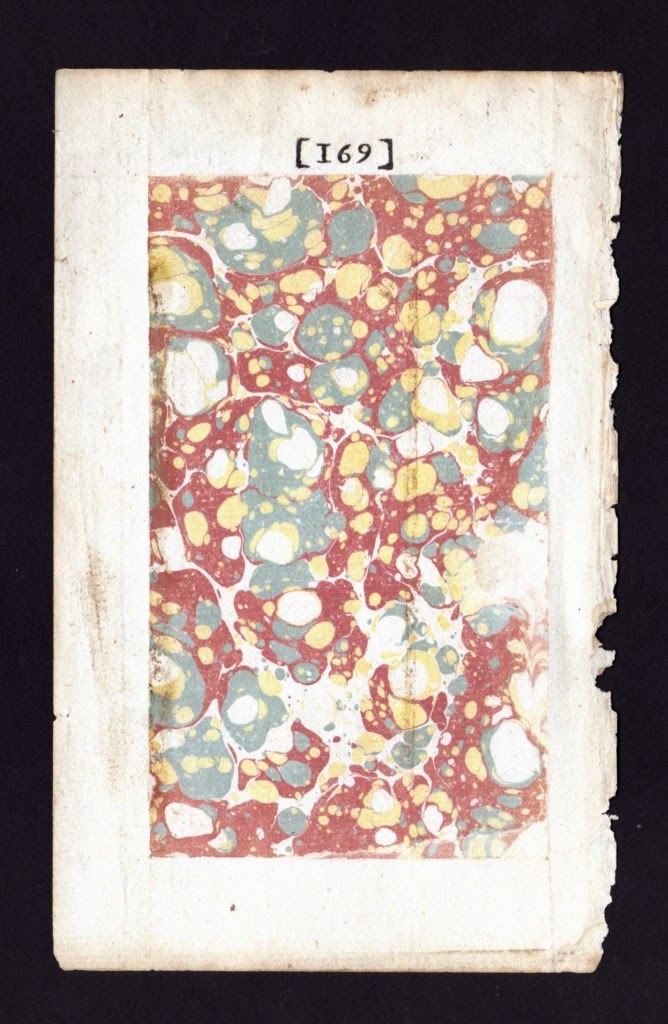 Posted by seana graham at 7:29 PM No comments: 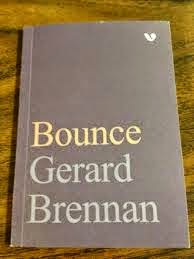 It's not often that you have a book hand delivered from clear across the Atlantic--at least it doesn't happen often to me. But such was the case with this terrific little book--and when I say little, I mean about 4x6. As the author happened to have ventured out of Northern Ireland to attend the Long Beach Bouchercon last November, and as I'd expressed interest in this book, he was good enough to bring along a copy for me.

Bounce was commissioned by the Verbal Arts Centre in Derry~Londonderry for something called the UK City Disobey Gravity program and was presented at the Killer Books Festival in October 2013. If you couldn't come by the Centre to pick up a free copy, you could read it free online, which you can still do right HERE. And of course I urge you to do just that, but I am very happy that I have this sweet little printed book, if 'sweet' is a word you should apply to any of Mr. Brennan's work, which possibly you shouldn't.

One thing I was realizing as I read this short novel, and that is that I never really know what to expect when I open a Gerard Brennan book. Just when I think I have him sussed, it turns out I haven't. If I knew what the plot of this story was at some point, I had since forgotten, so a book with the title Bounce could have been about anything. I think I half expected a caper. Instead, I found a touching portrait of a bouncer. Touching portrait of a bouncer, you say? In Derry-Londonderry?

The story is pretty straightforward. Paddy is a bouncer at a night club, a scene he doesn't have much trouble controlling, but he's also the father of a son just becoming an adult, who happens to be gay. Although you might expect that Paddy's problem would be about coming to terms with his son's identity, he has long since accepted that. His problem is really how he, as a restrained, non-emoting tough guy, can connect with his boy, whom he loves but also wants to protect in a homophobic culture.

The story couldn't actually be more timely. Just by coincidence, I happened to learn that there is a bill up currently in the Northern Irish Assembly that, if passed, would make it legal to deny service to gay, lesbian and bi people in restaurants, hotels and other businesses. So the struggle for equality is far from over in the North. (Although for sheer benightedness, my own state of California possibly takes the cake right now, as there is a guy currently trying to get a proposition on the ballot which would make it legal to shoot gay people.)

But I digress. Although most of the other books I've read of Mr. Brennan's focus on gritty action, and there's a bit of that here, this one is really more a portrait of an old style guy who is coming to terms with a new age and culture the best he can. I liked Paddy a lot and I really dug the Norn Iron speech patterns evident throughout.

One thing I admire a lot about Gerard Brennan's writing life is that he doesn't seem to worry too much about fitting standard formats. He somehow always seems to find a way to put his stuff out there. The only question, really, is--whatever will he get up to next?
Posted by seana graham at 12:06 PM 2 comments:


I just realized that St. Patrick's Day would be a great day to review the "fourth in the trilogy" Sean Duffy novel, which is supposed to be released tomorrow in the U.S.. As I couldn't wait for that, I went ahead and bought the British version a while ago, and put up the usual blurbs on GoodReads, etc. at the time, but thought I'd wait for the U.S. publication to write a little more about it.

As I recall it, McKinty himself didn't know that there would be a fourth book when he finished the last installment in the "Troubles Trilogy", but I believe that was a marketing strategy from on high anyway. As he tells it, he dreamt the ending and then pretty much knew he had to write it.

But I'm not going to tell you anything more about that. Get to the end yourself.

As Gun Street Girl opens (all titles in the series are taken from Tom Waits' songs, and luckily for us Tom is pretty prolific) Sean Duffy is a sadder and older if not perhaps wiser man than he was when we first met him in The Cold Cold Ground. He's been through the wars since then, meteoric rise, meteoric fall, and now lies in some indeterminate place in the middle. It's 1985 and he's a marginal part of an international team that is lying low on a Northern Irish beach on a November night waiting for some smugglers to come ashore. What could possibly go wrong?


Let's just say that Duffy is not particularly surprised at the outcome and handles it in a characteristically Duffyesque way.  But there's no rest for the wicked, or at least their pursuers, and soon he's on to other adventures, both criminal and political.

You can read the Sean Duffy series for the politics, the humor, the historical context, the music references, the occasional bleak philosophical aside or just for the great writing. This one you might want to get just so you can read about the Northern Irish dating scene, circa 1985. So what are you waiting for?

And if this isn't enough to whet your Irish whistle, why not head on over to Declan Burke's place, where he's done a St. Paddy's day round up of some of his reviews of Irish crime writers over the past few years. I've read a few of these books by now, so I can vouch for him...He's got a new one coming out himself here before too awfully long... 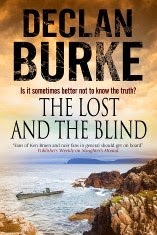 Oh, and I see that Rob Kitchin has compiled his own St. Patrick's Day list of reviews over at The View From the Blue House.
Such is the richness of the offerings of current Irish crime fiction that the lists don't even cross over that much.
Rob's current book is on offer there as well. 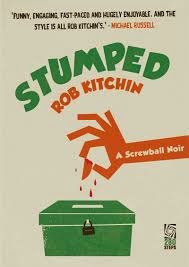 An Experiment in Love by Hilary Mantel at EIL 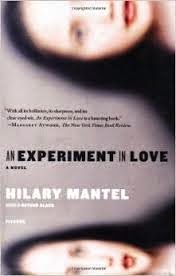 My review for the short novel An Experiment in Love is up at EIL this weekend. Although the BBC production of Wolf Hall is soon to appear on PBS, I chose this book because I was stuck for reading material on a trip and found it in a charming new and used bookstore in San Anselmo called Whytes Booksmith, which I recommend if you're hanging around the small downtown,as I was. I read Wolf Hall a few years ago now and have meant to read something else of Mantel's for awhile, so this was the chance. It's short and engaging and doesn't present the same kind of difficulties that Wolf Hall does--although I love that book. Anyway, check out my review at Escape Into Life if you're so inclined.
Posted by seana graham at 5:33 PM 2 comments: