Show Your Work! by Austin Kleon reviewed at Escape Into Life 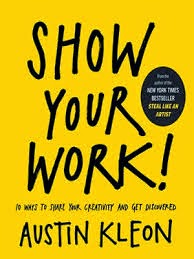 Just a short post to say that I've posted my review of Show Your Work! by Austin Kleon over at Escape Into Life. Kleon burst on the scene with the similarly formatted Steal Like an Artist, and I suppose in a way they are companion pieces. It's a  snazzy little book and I enjoyed it, though I still have qualms about this culture in which we are all advertising ourselves all the time. But this is the age we live in, and it's probably a good idea to figure out where you really want to be in relation to the global exchange of information. Kleon puts perhaps the best spin on it and in any case is espousing taking the high road in all your interactions. Have fun with it.
Posted by seana graham at 6:28 PM No comments:

I put up this short review over on GoodReads, but I figured I might as well post it here as well. 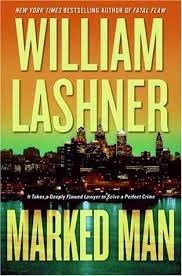 I read a bunch of Lashner several years ago now and really enjoyed his 'better than he wants to be' protagonist, the lawyer Victor Carl. As is the way sometimes with series for me, though, I at some point stopped reading without ever having actually lost interest. So I was happy in a bit of a reading lull to pull this one off my shelves.

As usual, Victor is still hoping to be the bad boy who makes a killing without regard to scruples, but unfortunately for him, he still has some. That's what we know about him that he doesn't seem to know about himself, although to his regret, he's slowly realizing it. In the quest for one Chantel Adair, whose name has quite literally been tattooed on his chest without his consent, and while trying to pay back a family obligation by bringing an errant son back to his dying mother, Victor of course finds himself in more trouble than he ever anticipated.

Series regulars like Victor's law partner Beth and the private eye he hires, Phil Skink, have their roles here, but for the most part Lashner breaks out into new territory with a new cast of characters. I find this a greatly enjoyable series with a comic undercurrent, and wish Lashner was better known than he appears to be, at least out my way.
Posted by seana graham at 1:48 PM 2 comments: 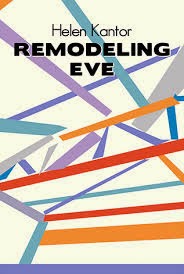 I had the opportunity to read this novel in manuscript form a while back, and as an early reader I was eager to read the finished version, which came out this fall. Although I'm sure it has been tightened up in many ways I can't see, it remains much the same story, and I found that it held up well to a second look.


As the novel opens, Eve Tilden is contemplating not one but three looming issues in her life. First, her teenaged daughter Audrey is not keeping pace with her classmates when it comes to emotional maturity. Secondly, Eve's mother Daphne, a famous photographer, is slipping into dementia. And finally, the Tildens are remodeling their kitchen.


In some ways, though, these outside factors are really just a distraction from the fourth issue, which is that Eve is in the midst of something like a midlife crisis. One day, she comes across a box of her old t shirts, emblazoned with the names of rock bands she idolized as a teenager. She wonders how she lost the self that led such an exuberant life. Tentatively, Eve begins the process of reclaiming the person that she once was.


Into these interlocking experiences walks Nick, a contractor who also happens to be a rather stunningly attractive surfer. As he begins the process of remodeling the kitchen, both Eve and Audrey rev to life in his presence, and soon, Eve is making a rather surprising calculation about him.


What really brings this story to a different level, though, is that Eve's perspective is paralleled by Audrey's. If we only saw the story from the outside, we would find it hard to see Audrey as anything but the problem figure that she represents to her parents. But Audrey's perspective on the world is a very different one than ours, and the first person narrative here is strong enough to seduce us into taking the world on her terms. As parents, as teachers, as classmates,  everyone would like Audrey to be more normal. But Audrey is the granddaughter of another woman of unique vision and the road she ends up traveling will be very much her own.
Posted by seana graham at 2:42 PM No comments:

Longbourn by Jo Baker at EIL 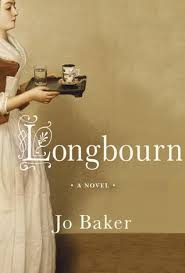 Just a quick note to mention that my review of Jo Baker's Longbourn is up at Escape Into Life. As I mention at the outset of the review, I'm a bit dubious about novels set in Austenland, but Adrian McKinty mentioned it on his blog, The Psychopathology of Everyday Life, and he's usually a reliable source for good reading. And he was right, it's good. Baker manages to level a fair amount of class critique without beating you over the head with it too much.

I thought I would link to a very apt poem that Linh Dinh put up on his blog, Postcards from the End of America. Usually the site features his photographs, but occasionally he'll post prose or poetry. The poem is called Clean, Clean, Clean. Start reading even the first couple of pages of Longbourn and you'll get the connection.

Longbourn is also slated to be a movie. I thought there was a trailer, but I guess it's a bit early for that. I'm curious about how they'll do it, as in thinking about the book, I realize that if the filmmakers are true to the story, there will be a lot less focus on upstairs fashion and luxury and a lot more focus on downstairs grime and guts than is usually the case in these period things.

Here's a short book trailer on a factor I noticed but didn't report on in the review.

A Small Sacrifice, by Dana King 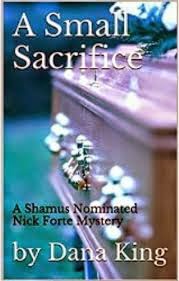 This is the third Dana King crime novel I've read, and though they are all linked in various ways, they are not really connected in a straightforward series. For example, Nick Forte, the detective protagonist of this novel, makes an appearance in King's previous Grind Joint, but he is a secondary character, described in the third person. Furthermore, though written earlier, Grind Joint takes place a little later in time than A Small Sacrifice does. I had a slightly different impression of Nick from the outside than I do from within his own head, A Small Sacrifice being told in first person, and was glad to get to know him a little better.


A Small Sacrifice is connected to an earlier novel, Wild Bill, by taking place in Chicago and environs. I was perhaps inordinately excited to find a (very) passing reference to Gurnee, as that is where my dad was born. Neither here nor there to most, it nevertheless is an example of how much the book is rooted in a particular place. The distinction between different neighborhoods and communities is part of the story here.


Forte is summoned by a woman in one of the wealthier of these communities, setting him what even from the outset seems a quixotic task. She wants him to prove that her son didn't strangle his own small son in the basement of his home. Her son is not in jail and nothing has been proven, but the taint of the rumor hangs heavily over his household and his mother wants to free them of that. Forte attempts to talk her out of it, but she appeals to the father in him, and soon he's off on the trail.


Of course it doesn't take long before things get complicated. Somehow Nick has managed to run afoul of the Chicago mob (organized crime being another element that has appeared in all of King's books that I've read), and soon Nick is trying to figure out just why someone put a hit on him.


One thing that sets Forte apart from other fictional private investigators is that a lot of his time and thought is invested in his young daughter, who as a divorced father, he spends precious little time with. King spends the time in his fast paced tale to make her her own person .You have the sense that whatever is reigning Forte in and keeping him following his better impulses is largely down to his concern for her.


A Small Sacrifice was nominated for the 2013 Indie Shamus award. It's definitely in the Chandlerian vein, with just enough deadpan wisecracking to lighten the more hard-boiled aspects of the tale.

The Europa Challenge 2015 is alive and well

Marie Cloutier has issued the Europa reading challenge for 2015 over at her place. The idea is pretty simple: you pick the number of titles you want to read from Europa Press and then write reviews about them over the year. Although I am actually pretty bad at fulfilling my commitments there, optimism triumphs over experience and I always get excited about it as a new year rolls around.


This year, Marie is handling it a little differently in order to encourage as many people to participate as possible. She has a linky system set up so that you don't have to post reviews to the blog itself, you can just sign up to link to it. To sign up for the challenge, go HERE. To post a January review, go HERE. 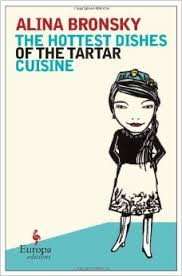 What am I looking at reading fromthe Europa list in 2015? Well, I'd like to finally get around to one of Alina Bronsky's darkly comic novels.


Or one of Stav Sherez's London detective novels. 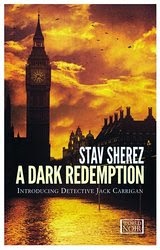 Or maybe I'll at least read the first of Elena Ferrante's trilogy that seems to be getting such good press. 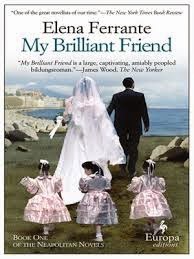 In any case, the year is young, my friends, so let's make sure we all set aside some time to read!
Posted by seana graham at 4:47 PM No comments: