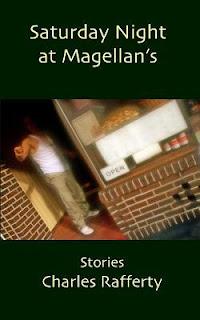 I meant to get in at least one review here before I slipped in a link to my new post over at Escape Into Life, but sometimes life doesn't go according to plan. Anyway, this is a really nice little collection of stories, which I think you'll enjoy. While writing that review I somehow neglected to mention an aspect of the stories that really struck me, and that was the strong connection to nature that is present throughout.

In any case, here's the LINK.
Posted by seana graham at 5:12 PM No comments:

Or at least that's what I was inspired to call my latest post over at Escape Into Life, in which I acknowledge how long it's actually taken me to get around to reading Banana Yoshimoto's novella, Kitchen. Check it out HERE. 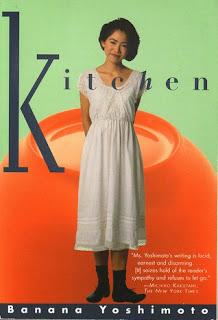 Posted by seana graham at 11:53 AM No comments:

The Music Lovers, by Jonathan Valin

Another book out of the "authors I knew of, but never quite got around to" file, and again brought into my sphere of attention by "Joe V". The Music Lovers is another detective novel that is situated quite a long way into its series. Not that it matters much with this one. Whatever the setup is with his girlfriend Jo, she is out of town, and remains so for the course of the book, so there isn't really anyone you have to catch up with but the central figure of Harry Stoner himself.

The book begins when Stoner is hanging around his office on a cold winter's night with nothing better to do, when an odd little man called Leon Tubin appears, wanting Harry's help finding out who stole his priceless record albums. Actually, he's sure he already knows who stole them. He just wants to prove it.

Thus begins Harry's entry into the world of Cincinnati audiophiles. They love music, but they probably love their stereo systems even more. It perhaps goes without saying, then, that they are all men. Do men still compare audio equipment now? And if so, has it become something different than a grown men's boys' club? I can remember the era when this was big, vaguely, but it seems to me they must have moved on to something else. Or maybe speakers are just as important to compare and argue about as ever and I am just not in the know.

In any case, this situation, like a couple of the others in the book, signal it as not our own time anymore. I can forget how far away the early nineties are from us now until I read a book written in that time, where a character can still fume over the whole Reagan/Bush administration--Bush senior, that it, who now seems almost benign. Some of the plot points turn on the fact that people can't reach each other on their landlines--because landlines are the only thing anybody has. It gives you pause to think about how so many plot devices just dropped out of writers' hands with the advent of the cell phone. Not that I have significantly better luck reaching anyone on their cell phone than their landline even now, but that's another story.

One of the pleasures of reading detective fiction is that they are such a good vehicle for exploring a city or a region. I don't know Cincinnati--I'm not sure I've ever even driven through it, so it's a pleasure to read about it through Stoner's eyes as he takes us to various neighborhoods and suburbs of the city. He obviously knows his city, just as he obviously knows the music that the music lovers frequently partake of in the book. (Actually, I see that Valin pretty much left writing mysteries behind in favor or writing magazine articles for audiophiles.)

All of the characters in the book are somewhat oddball, but there is one that was actually puzzling, not to mention uncomfortable to encounter. Sherwood Leoffler, who could be said to be Leon Tubin's nemesis, is portrayed as a bigot who is not really all that bad. He borders constantly on saying some unforgivable racial slur, but his fellow audiophiles seem to be resigned to this, even when the jibe is at them. I really found myself wondering what Valin was trying to do here and never did quite figure it out. Perhaps he had a real life model that he was trying to render faithfully. In any case, it was an experiment that didn't quite pan out.

I had a feeling as I read this book that it wasn't the kind of book that would be written today. It's a good, solid enjoyable read, but in reading it, I realize that today's mysteries are ratcheted up a little from its pace. No editor would let Stoner amble around and meet quite so many suspects, or, all in all, to have quite so little mayhem in the midst of this. Or at any rate, I can't think of anyone writing quite this kind of thing. I think even someone who might be a rough equivalent, Michael Connelly, has ratcheted things up a bit, or at least he had in the last one I read.

If I'm right, it's too bad, because there should definitely be a place for mysteries that revolve more around detection than violence and mayhem, but don't shy away from it totally either.
Posted by seana graham at 3:09 PM No comments:

"Miss moves as if she knows I want her. She can read my thoughts sometimes. Sends me wee signals to prove it too. Like when the pencil rolled off her desk at the start of this class. It landed right in front of me. I pushed back my chair, ready to hand it to her, but she just raised her hand, cool as fuck. And then she stepped in front of me..."


So opens Wee Danny, the novella that follows the continuing adventures of one of Brennan's Wee Rockets characters, Wee Danny Gibson. Danny is now separated from his Beechmount, Belfast cohorts and doing time in a home for a young offenders, but is within sight of release if he can just keep his act together. What are the odds, do you think?

Although a short tale, I think this marks a further development in Brennan's writing, as the first person narrative allows him to get further into the head of his protagonist than some of the earlier stories have done. I'd say that the earlier tales were more sociological and this one is more personal. There's a poignancy in moments that seems new to me. The friendship Danny forms with another incarcerated youth is very sweet, though in a tentative and far from sentimental way.

Shades of One Flew Over the Cuckoos Nest as well as My Bodyguard but never derivative.

Posted by seana graham at 3:35 PM No comments: 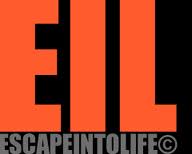 I'm writing today to announce my new role as book reviewer over at Escape Into Life. Escape into Life was the brain child of Chris Al-Aswad, who founded this online magazine devoted to poetry and the arts before his tragically young death in 2010. I learned of  Chris through Kathleen Kirk at her blog Wait! I Have a Blog?, where she frequently posts both pictures and poetry from EIL. I've searched through some of these and I think this blog post may be a good introduction.

EIL was kept alive through the efforts of Chris's sister, Mandy Al-Aswad, and poets and artists like Kathleen. I am not entirely sure what I'm doing among this talented and somewhat rarified cohort, but it is an honor to have been asked. I mentioned to Kathleen that I read a lot of different kinds of things, including crime fiction, and wondered what exactly they might be looking for from me. She said that what they really wanted to do was encourage reading, so to write about whatever I liked. I'll try to make it a lively mix.

To be honest, I'm not really sure how reviewing here and reviewing there and the short reviews I put up on Good Reads are all going to fit together yet. I am not the fastest reader in the world. Going to have to up my game a little, I think.

For the moment, though, I'll just say that my first review for Escape Into Life is on Renata Adler's Speedboat, and you can find it HERE. 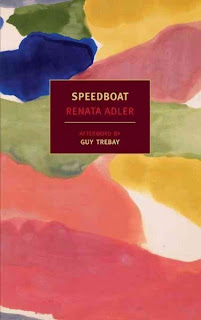