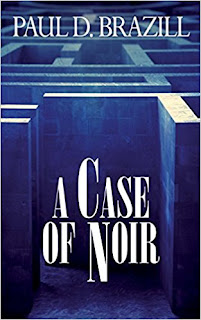 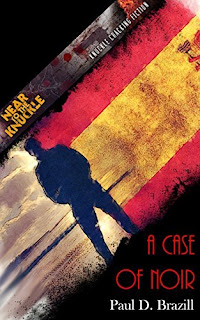 Posted by seana graham at 5:19 PM No comments:

The Serpent Pool by Martin Edwards 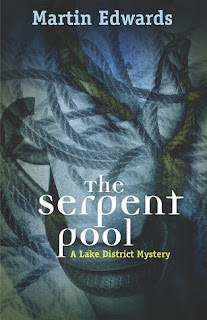 Many years ago, on our travels around England,  a friend and I eventually arrived in the Lake District. We stayed overnight at a youth hostel on Lake Windermere. It was probably mid-March, but we woke up the next morning to discover it had snowed. Up till then--and after--we had only rain. But now there was a light blanket of snow on the ground and the sun had come out. So we went on a little boat tour on Lake Windermere, which I still remember fondly.

Our time in the Lake District wasn't long, but it was enjoyable. So I don't know why it's taken so long for me to get around to the Lake District series by Martin Edwards, even if only from pure nostalgia. Nor do I know how I at some point acquired a book from somewhere in the middle of the series. I have followed Martin Edwards' excellent mystery blog Do You Write Under Your Own Name? for some years and even read one of the books in his Harry Devlin series, which features a rather scampish Liverpudlian solicitor. So I'm really not sure what the holdup was.

In The Serpent Pool, the series regular DCI Hannah Scarlett has been demoted to the cold case squad and finds that an unexplained death has occurred at an unsettling place called the Serpent Pool, which happens to be very near where she and her boyfriend have recently bought and are remodeling a house. Meanwhile, art historian Daniel Kind, a man whom Hannah has become attracted to in earlier books of the series, has returned from abroad and is also in the area. The cold case soon becomes connected to a rather warmer one when a rare books dealer dies in a mysterious fire, and it gradually becomes clear that someone has a fetish for knocking off antiquarian booksellers. 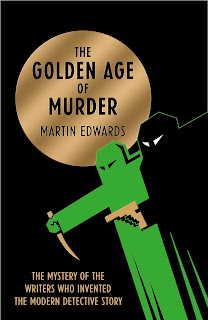 Edwards' erudition about the mystery genre is obvious from his blog and indeed he scored a major coup last year with his nonfiction offering The Golden Age of Murder, walking off with the Edgar, Agatha, H.R.F Keating and Macavity awards for nonfiction as well as being shortlisted for the Anthony and the Crime Writers of America Gold Dagger. It's something of a mystery to me, then, no pun intended, that his fiction isn't better known, i.e., promoted, over here in the States. The Devlin series features a charming rogue as main character, and is good on Liverpool, and the Lake District series has the close observation of setting of Ann Cleeves' Shetland Island series. Midsomer Murders fans would enjoy it for the social commentary on its small community setting. There are apparently also some of the dynamics between characters building through the books that left readers of Elizabeth George's Inspector Linley series hungry for the next installment.

It's not necessary to have read earlier books in the series to enjoy this one, but I think your pleasure will probably be even greater if you do.
Posted by seana graham at 6:30 PM No comments:

The Girl on the Train by Paula Hawkins
My rating: 4 of 5 stars

There is a mini bookstore in the library foyer here. They have a random assortment of things on some side shelves for 50 cents or so, and then they have this little shop where they have culled out some more coveted things and sell them for a bit more. And it's funny what you can get if you are just willing to wait for it to show up here. I had heard the buzz about The Girl in the Train when it came out, but I'm never that interested to read what everyone else is reading while they are reading it. I mean, I just might get around to reading Harry Potter soon.

But here was this nice hardback of Hawkins' book displayed face out for four bucks, and I grabbed it. Not only that, it jumped to the top of my quite high TBR pile. And it's proved one of the more enjoyable reads of recent days, partly because it was a guilty pleasure when I was supposed to be reading other things, which always adds an aura, I find.

I probably liked this book for the same reasons some others might dislike it. For most of the book, the protagonist is drunk, or recovering, or relapsing. She can't get over her ex-husband, who left her for another, except he didn't leave her, he forced her to leave him and took up residence in their former home, which she just happens to pass every day on the commuter train. Galling, no?

I thoroughly enjoyed how hapless and yet somehow sympathetic Rachel was, even while everyone in her vicinity is scandalized by her inability to just get a hold of herself. Everyone else in the book is more or less appalling too--it's just that most of them don't have the self-awareness to grasp that.

It's a great concept novel, that maybe goes on a little too long, but certainly I can see a girl on a train reading The Girl on the Train and finding that it helps the long commute go by, especially if, every once in a while, she takes a cue from the book and looks out the window at the passing houses...

Posted by seana graham at 4:41 PM No comments: