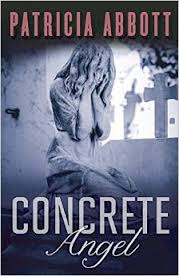 Although Concrete Angel is Patricia Abbott's debut novel, the term debut may be a little misleading. She has scores of short stories published both on line and in print, some of which appear in group anthologies, and some in anthologies of her own. She has won the Derringer Award, which honors excellence in short mystery fiction. And if you're wondering if there is any connection between her and the Edgar award-winning author Megan Abbott, there is. Megan is her daughter.

It's an interesting coincidence, then, though presumably not in any sense autobiographical, that Concrete Angel proves to be a mother daughter tale to the nth enmeshed degree. Although there are crimes galore in this book, the most significant one happens in the opening pages, when Eve Moran shoots a man in her apartment whom she has only known for a few hours while her daughter lies sleeping in a room next door. Guess who winds up taking the fall for it?

Although certainly qualifying as crime fiction, this novel is really a sustained study of the larger than life personality of Eve, born  Evelyn, by a witness with unrelenting focus--her daughter Christine. In this it reminded me of the short story collection by Natalie Serber, Shout Her Lovely Name, which describes a similar (though not criminal) mother daughter relationship in a series of linked tales. As in that book, there is an episodic, picaresque quality to this tale, as many other characters float through their lives--mostly men. But Eve and Christine are the earth and moon of this story, although Christine's father and grandmother exert their own gravitational influences. Mostly, though, they just manage to keep the pair afloat. This is a dyad that needs a lot of buoying up--cash infusions, temporary and not so temporary lodging, babysitting arrangements.

One of the narrative techniques I was impressed by in this story was Abbott's ability to switch point of view seamlessly when she needs to tell a part of the story Christine would not have been present for. Although I may be wrong, it seems to me that the way she achieves this is to have Christine switch in these sections from the first person to a third person perspective, which signals that she is telling the story from things she's put together later. It's quite effective, because it allows Abbott to tell the story from a child's point of view as well as an adult's.

The story is set in the region around Philadelphia in the seventies, though moves back in time to earlier eras in Eve's life. It's a time period that I'm familiar with and Abbott gets the details of this era right--more so, I think than, say, Mad Men, which tends to glamorize and romanticize its slightly earlier  period without quite nailing it. The blood red Ericafon with its dial underneath its base, is not only iconic of the period but plays a crucial part in the downfall of Eve's victim, the unlamented Jerry Santini. And the background television of shows like the Mary Tyler Moore Show and Bob Newhart were indeed what most families were tuned into on predictable nights at predictable times, even, it seems, highly dysfunctional families like this one. 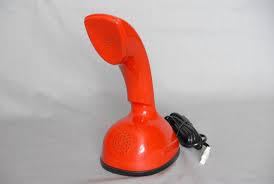 An interesting interview as well as more about the book can be found in J. Kingston Pierce's piece for the Kirkus Review.