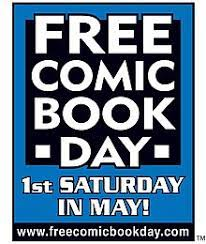 I'll start off by apologizing for the fact that I didn't write this post in time for you to actually participate in this wonderful day today. That's because I almost forgot about it myself. Two years ago, it was cancelled due to the pandemic and last year I was so out of sync with the natural rhythms of my community that I forgot about it entirely until it was too late. So all I can say to you who have happened to miss it this year is that a new year will come around soon enough, so put a big circle around  the first Saturday in May on whatever kind of calendar you use. By my calculations, that would be May 6th, 2023, but don't rely on me. Check it out.

I had looked it up earlier this year, but I had totally forgotten about that until some kind of inner alarm clock went off this afternoon and I thought, I wonder when Free Comic Book Day is this May? Looked it up. Today? Today! The inertial part of me was ready to concede defeat, but the fan of this event said, Don't be ridiculous. Get down there!

In Santa Cruz, we are lucky enough to have two great comic book stores right downtown--Atlantis Fantasyworld and Comicopolis, listed in strictly alphabetical order. A few years ago now, I was working on an early May Saturday and one of my  young coworkers mentioned it was Free Comic Book Day and that anyone could go to our comic book store neighbors and get some free comics. I was so surprised and hesitant and embarrassed to even go ask, but I did. And sobecame enthralled.

I'm not your usual comic book reader. When I go to this event, I'm not looking for a particular superhero or a particular artist or anything like that.  As a kid, I always liked comics--in fact I think I learned to read partly from a classic comics series rendition of The Bremen Town Musicians that our neighborly babysitter had. But as an adult, I wasn't intrigued with it. I didn't disdain it. I think I even felt quite not up to it, because many adults who were into it seemed a bit more hip than I was. And artistic. And I didn't quite get anime. My bad.

But then I for some reason read Scott McCloud's Understanding Comics, which was originally put out by Tundra Publishing. He was so good at explaining this medium--its difference, its creativity, the different way it told a story. I got it. And I understood that the burden was on me to learn--not the other way around. 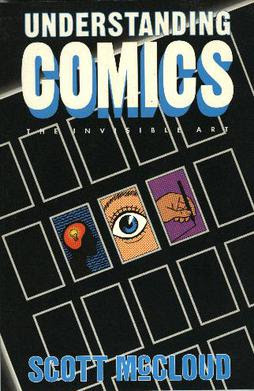 Free Comic Book Day brings me joy. It's a community event that's also an international one, at least on the North American continent. I am indiscriminate in my collecting. I get as much as I can. The people in both stores are completely generous in just handing over your free comics, which are special issues put out by  Diamond Comic Distributors, so these small stores don't have to dive into their own stock. (If you enjoy comics, support these people, my friends!)

And I've already discovered someone I hope to follow. Malaka Gharib, of Egyptian descent, has put together a graphic memoir called It Won't Always Be Like This. It's about a summer getting to know her dad's new girlfriend when Malaka was a child. I'm already looking forward to getting her larger memoir I Was Their American Dream. And I know just where I'm going to order one. 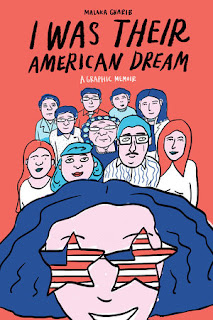